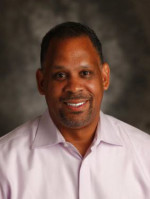 Myron Brown, was most recently the Chief Information Officer of Consulate Health Care. He was appointed to that position in January, 2009, after serving as Sr. Vice President of IT for Consulate Health Care since 2007. In his role as CIO, Brown was responsible for the strategic direction and management of information technology throughout Consulate Health’s 22-­‐state operations supporting a workforce of 30,000 employees. As an Executive officer for Consulate, Brown led an interdisciplinary team tasked with supporting clinical effectiveness and all delivery of care systems. Major emphasis through 2012 included the onboarding and systems consolidation of more than 215 long-­‐term care and nursing facilities, involving multiple operating, software and information technology systems. Brown was also responsible for onboarding and integrating associated business, records management and fiscal operations units acquired through Consulate’s ongoing mergers and acquisitions activities, including website, operating systems integration, data center relocation and consolidation into Consulate’s Enterprise network.

Continuing through 2013, Brown led a corporate-­‐wide team in preparing for the implementation and launch of Consulate’s electronic health records (EHR) protocol, a comprehensive effort to lead the industry in moving to an across-­‐the-­‐board digital information and data management system to capture, measure and report on comprehensive demographics, health, quality, standard of care measures and other vital metrics. Brown was responsible for day to day IT and systems operations and managing a budget of 10 million.

Brown has more than three decades of technology operations experiences, gained in a variety of industry disciplines. Before joining Consulate, Myron Brown served as Vice President of Technology of the Buena Vista Corporation (BVC), one of the largest commercial development firms in Florida. Until 2006, Myron Brown was the Chief Technology Officer for Enterprise Florida, Inc. (EFI). Organized  through the Executive Office of the Governor and led by Governor Jeb Bush, EFI is the public private partnership charged with leading the state of Florida’s economic development efforts. In his ten years at EFI, Myron Brown provided strategic leadership, vision, coordination and planning in developing EFI’s global Information Systems across 14 countries. He was responsible for the startup, design and deployment of a statewide and international network.

Mr. Brown served as chief liaison to the Executive Office of the Governor, and maintained a high level of system, database, application and voice/data network availability. Brown was responsible for the implementation of an international Performance Tracking system and deployments of various economic development websites such as http://www.eflorida.com.

Myron Brown has served in a number of leadership IT capacities for entities including NYNEX, ITT, Lockheed Martin, and Walt Disney Worldwide Information Systems.  His professional history is mirrored by a commitment to community. He served on the Board of Directors of the Golden Rule Foundation, an organization that inspires children to better themselves and the world through service learning projects that enhance academic achievement, self-­‐esteem and the value of community involvement. He was integral to the founding of Central Florida’s “Disney SBA National Entrepreneur Center” (NEC), a community partnership dedicated to the support and success of entrepreneurs. Brown has provided volunteer leadership to charitable campaigns including the United Way.

Mr. Brown was recently appointed to the Modeling Simulation and Training (MS&T) Blue Ribbon Commission, by Orange County Mayor Teresa Jacobs. The purpose of the MS&T Blue Ribbon Commission is to help defense partners bring awareness regarding the highly synergistic nature of MS&T with other key sectors of the economy including the medical, gaming, education, aviation-­‐aerospace, animation/theme park, emergency management and public safety sectors; and to help educate key audiences about the reach, and diversity of this key economic driver.

Myron Brown attended courses at Cornell University and the University of Massachusetts, with an emphasis on Management & Information Systems, and economics. Myron is married to Raquel Plaza Brown, and is the father of two daughters Taylor, and Thalia. He is a native of the Borough of Queens, New York City, NY.